You are here:
PreviousNext

On October 9, 2014, PharmaJet participated in a major university’s on-campus Flu Shot Day at the Health Sciences Center to help protect students and staff against the influenza virus.

At the event, patients were offered the option to receive their flu vaccination by either the PharmaJet Needle-Free Injector or the traditional needle and syringe method. Five hundred patients chose the PharmaJet Needle-Free flu shot during the six-hour event. Of those patients, 399 agreed to take a quick seven-question survey on their experience.

Of those who took the survey:

The surveys revealed that most patients were satisfied with their PharmaJet Needle-Free flu shot experience and were likely to choose the option again. Specifically: 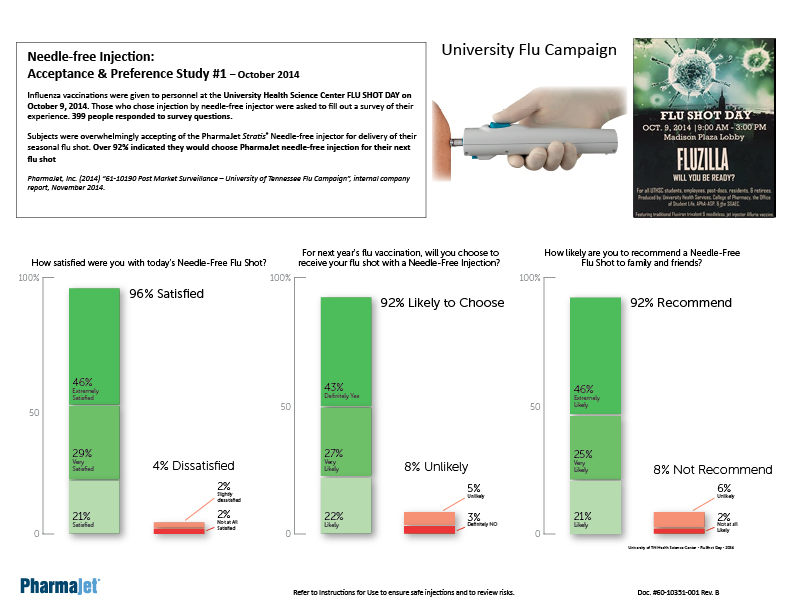